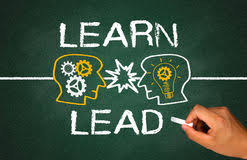 Dearest Readers: As you may well know or maybe not–I have moved to Chattanooga, TN to pursue a leadership role as a Program Director of a new faith-based leadership program called Cubed Living. This post has everything to do with my new goals and focus, and I hope that as adventurers through this decade with me, that you will enjoy what I have discovered in this ever unfolding process of growing myself, and hopefully others along the way!

In my endless pursuit of searching for what is and is NOT a biblical practice of leadership, I’ve come to realize that all good & researched or tested leadership principles can be founded and related to an example of prime leadership skills in the Bible. What I have also realized is that there were and are people gifted in leadership who weren’t or aren’t always aligned with the will and callings of God. In addition, there are some individuals in the Bible that begin quite poorly, and make choices that appear to be permanently marring, but then once aligned with the purpose and instructions of the Lord experience a 180 degree turn-around. This leads me to  believe the following statements:

This is such a revelation to me, and hopefully to you too! This is fantastic news—it means we are not permanently broken or stuck with being the “Underdog” all our lives. We can rise to the top, and we can become the desired “cherry-on-top” so to speak that others actually seek out when looking for good advice, a public speaker, an inspiration, a confidant, or a new CEO for their company.

What we were born with doesn’t define what we are ultimately capable of. I have two examples of this, in case you doubt my view.

Example A: I have recently begun watching a new TV show that I REALLY like, (IMDB here) and consequently got my husband hooked on as well. It’s called “The Good Doctor” and it is about a young resident surgeon who may or may not lose his position in the new hospital that hired him—because (get this) he has both autism (has trouble communicating in socially normal/acceptable ways)

AND he has “savant syndrome” meaning he is extremely and abundantly more intelligent than, dare I say it, “The rest of us.”  Oh it’s a great show—Shaun Murphy is the embodiment of an underdog who has fought, learned, worked, and risen to the top.

Example B: At one of my previous workplaces I had the pleasure of working with some wonderfully strong and resilient children who were considered to have come from “hard places” and had developed poorly because of a lack

of appropriate care. Some were completely healthy and others struggled, but all of them had taken huge leaps to rise above their previously trapping circumstances. They chose not to willow in their pasts but to strive forward. Specifically one young lady had been locked in a closet frequently for reasons ranging from punishment, to lack of a babysitter, to just being too loud or annoying. She had developed a way to cope in those dark, lonely, hours. She talked to her hands. They were her comfort, her friends, and her sanity. The habit stuck into adulthood, and she seemed to be unable to let-go of some childish tendencies-however despite some additional mental hurdles, she still learned to bathe, cook, clean, iron, wash and fold laundry, do simple algebra, read, write, dance on a team, etc. She may not have the physical or mental faculties that Dr. Shaun Murphy has, but she has worked, and fought her way up from the bottom. She may not become a CEO, but she has a story to tell, and she is a leader in change, positivity, fun, and a lot of times she is the leader of getting things done.

To top off my thoughts today, I want to share two quotes and then highlight two very important qualities of a good and right-thinking leader. Maybe the most basic and necessary of all the many time-tested and researched leadership qualities out there.

A.W. Tozer, in “The Pursuit of God” after discussing a list of major spiritual leaders goes on to say this:

“…one vital quality which they had in common was spiritual receptivity. Something in them was open to heaven, something which urged them God-ward. […] they went on to cultivate it until it became the biggest thing in their lives. They differed from the average person in that when they felt the inward longing they did something about it. They acquired the lifelong habit of spiritual response.”

Gordon T. Smith goes as far as to say in his book “On The Way,”

“they had two qualities we should cultivate: receptivity and intentionality.”

Those are my top two goals. Are they yours?

I would love to hear your thoughts on the matter!

Please feel free to comment below and share using the hashtag #GetCubed as we continue to dive into what makes or breaks a good leader in this day and age.

I was born and raised in the capital of rock, blues, and BBQ -- Memphis, TN. I recently moved from TX back to TN and currently live in Chattanooga with my husband, twins, and 2 dogs. I earned a BA in Psychology and Writing from the University of Central Arkansas (UCA, Go Bears!) in 2009, completed one year of Biblical Studies from Charis Bible College, and am currently in the middle of a MA in Community Counseling from Texas A&M Commerce. (Though that is on hold at this time.) I've been having adventures ever since 2009, working in treatment facilities, residential homes, and public schools. I recently finished the program development for a faith-based intentional living community near The University of TN, Chattanooga. Now I am Momming full-time, and since we just bought a "fixer upper" I am also a part-time renovator. View all posts by EmaliaRyn 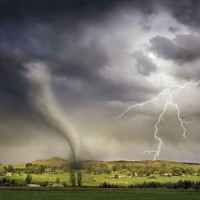