Since moving to Chattanooga my husband of 7.5 years and I have discovered that we are going to become parents! It’s so very exciting, and unnerving because not only did our job titles shift in the 13 hour move from Texas but now our home titles will shift as well—and not just once but twice.

For you see, a week after the positive pregnancy test—the doctor confirmed that there are TWO heart beats in there…TWO.  So—now we have added a new word to our lexicon, “Singleton” meaning, the type of pregnancy I have yet to experience.

It’s so funny to those who know me because it’s almost not even a surprise. I am a “go big or go home” kinda gal. The life of a party, the one in the bright colors, the first one to break the ice—the only one dancing so that others might feel inclined to join. The one who practices hard so that she will be the best. So naturally—after two+ year attempt, we are going to start with two—to play catch-up of course.  Ha!

I am not gonna lie, it’s a little overwhelming. But THAT is not what this post is about…you just needed a tad bit of context. So, here goes…

I have a goal.

My goal is to read (on average) two books a month, for the year. I think it started as a new year’s resolution that I knew I could keep—reading.

I tracked my reading habits for a year,  shared my list online, and the following year continued gathering data on the same habits for a second year—so I am now in year 3 of this goal. And I have decided that I can do 2 a month. Give or take. This yr. I am behind. Which is NOT okay with me. Since finding out I am expecting twins, I have slowed my roll considerably—which has allowed—nay—forced me to find something to do to occupy my brain, which has helped me to catch up in my reading endeavors.  It is November.

I SHOULD be working to finish my 21st’ish book. But I am on #18. This is after reading a total of 4 books in October to catch me up from being 7 books behind.  I am gaining!! But not there yet.

But, even THAT is not what this post is about. Lol. Thanks for being patient with me—I told you I was moving slower than usual—it’s not just physically either. #HormoneBrain

I am currently reading a series that took me a couple of years to get ahold of.  “The Chronicles of Heaven.” By a wonderful Christian author, Gene Edwards, who has such a knack for words and story-telling.  It went out of print and Amazon wouldn’t provide me with more than just the first 2 books. I read book one 3-4 times in my life, and have FINALLY acquired the other 4 and am on book 3.

Entitled: “The Birth.”  How timely, right?

Okay so now, on to Jesus. Because he is the center of all things that matter anyways right? I mean if we really boil it all down—he’s there—right in the middle.  AND oddly enough, I am going to share about chapter 15 of my book… which is the exact middle out of 30 chapters. #CoInkyDink

Let me take you back in time to the little town of Nazareth in the Region of Galilee. 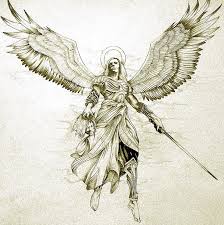 Mary is a teenager and she had a trippy visit from a HUGE and scary angel whom she manned up to and said—I accept what you have come to tell me, and let it come at me bro. (My paraphrase ) 😉

Then:  Joseph, ANGRY that she apparently found a different baby-daddy RIIIIGHT before the wedding bells, felt betrayed and was like, “I thought she loved the LORD. She was the purest thing I had ever seen in my life and she has done the WORST thing possible and  gone and got knocked up…I will never, ever, ever trust another woman again EVER.”

Fast forward: Scary angel appears to Joseph who now is forced to accept Mary’s trippy E.T. visit because he has now had his very own…and he’s like. “Okay….i’m not SO messed up about it anymore,” and they get married.  But Mary feels drawn to her cousin (the old & pregnant Elizabeth) who is 6 mos. ahead of her with lil Johnny. So, Mary gets into it with Joseph about needing to go be with Lizzy for this insane geriatric birth…. and Joe doesn’t like it one bit… but he lets her go, because well, she made a good argument that if God was in her, he would surely protect her through the hill-country of Judea from highwaymen and savage animals…

Here is what Gene Edwards has written about Mary’s visit with her cousin Lizzy:

“Elizabeth?” “Mary!” A woman well past middle age ran out of her doorway toward a tired, dust-covered, young woman struggling up the narrow limestone street. The two met and embraced. There was an edge of excitement and wonder between them that reached far beyond the ordinary. “Soon?” Mary asked. “Only three more months. And you?” “Six more months. I am just getting started.”

“Yes,” said Elizabeth, nodding, “but your child… just now when you called out to me, my son leaped in my womb. He knew. It was prophesied that my son would be full of the Holy Spirit before he was born. And he knew. He Leaped! An unborn child knew his Lord! Without sight he knew. What a Holy thing is this in you, Mary, that my son has been chosen to recognize him and precede him?”

Now, THIS is what I wanted to share with you today.

My heart overflowed with joy and longing at this excerpt. Why? You might ask?  Well, because it must have been such an A-MAZING experience for both women—but Lizzy, she had never born a child before, and I presume this was the first perceived movement from lil Johnny.  (I am only 15 weeks along right now, so I can only imagine what that must have felt like for her!!) And Mary…well, she hasn’t been awed like this yet…she’s just been looked at like a lucky troubled girl who somehow STILL managed to snatch up the besets guy in town… She has been on the “poo-poo list” till this moment.

I can only imagine the joy! But then part of me aches at the same time…and something deep inside of me rises up and cries out, “Oh that I would recognize you Lord without ever having to have laid sight on you! Oh that the Holy Spirit inside of me would be so prevalent that I know you when you are near and I can sense your will and that excitement would stir in me and cause me to leap inside & out!!”

Now, OF COURSE, I want the very same for my Marvel-Twins…but how can I hope to lead them into such a relationship with the Christ if I myself haven’t been there first? How can one lead someone to a place they have never been?

GPS—you say?  Well, yes. Now-a-days that IS a viable answer. You smart-alec you….

FINE, let’s consider the spiritual implication of GPS. The only wealth of knowledge and direction that I know of in the Christian life that we are constantly connected to—it isn’t the bible, but the Holy Spirit himself. Which totally backs up my point.  Without the Holy Spirit, we won’t recognize our Lord and Savior, our co-heir, brother and friend, when he comes.

Oh that we would know and embrace and interact freely with the Holy Spirit!! It’s not even hard to do…you “just do it” with intentionality.  That’s all.

This is what I have wanted all along—to live purposefully—to make my daily choices with intentionality—and to love people on purpose. Like Jesus did.  He never intended any of us to live accidentally. Our purpose was planned to a T, from the beginning of time. We just won’t get close enough to hear him reveal it to us if we never learn to recognize him like little Johnny, without ever having taken sight of him.

Let’s draw near to his Holy Spirit so that we will recognize him, know him, and in doing so come to know our truest selves along the way!

I was born and raised in the capital of rock, blues, and BBQ -- Memphis, TN. I recently moved from TX back to TN and currently live in Chattanooga with my husband, twins, and 2 dogs. I earned a BA in Psychology and Writing from the University of Central Arkansas (UCA, Go Bears!) in 2009, completed one year of Biblical Studies from Charis Bible College, and am currently in the middle of a MA in Community Counseling from Texas A&M Commerce. (Though that is on hold at this time.) I've been having adventures ever since 2009, working in treatment facilities, residential homes, and public schools. I recently finished the program development for a faith-based intentional living community near The University of TN, Chattanooga. Now I am Momming full-time, and since we just bought a "fixer upper" I am also a part-time renovator. View all posts by EmaliaRyn

One thought on “Preggo-Brain, Bear with Me!”